Spot rare sealife in the Hebrides

Most people don’t know that turtles, including the Leatherback Turtle which is the largest in the world, frequent the Hebridean waters during the summer months. The turtles spend the majority of the year in tropical waters during the breeding season but undertake huge migrations to more temperate waters to feed, and, although sightings are rare, they can sometimes be seen swimming on the surface on the hunt for jellyfish.

One of the most unusual summer visitors from tropical waters is the huge sunfish. It is very distinctive with a flat, almost circular shape with two fins to the rear, can grow to over 3 metres in length 2, 300kg in weight and have silvery or dark grey colouration.

Although they spend the majority of their time at depths between 200-600m, they are typically seen basking very near the surface for reasons not fully understood.

(Photo credit: Amintore Fanfani, Flickr – although the example above was shot in Spain, not Scotland! If you have any photos of sunfish in Scotland, we’d love to see them) 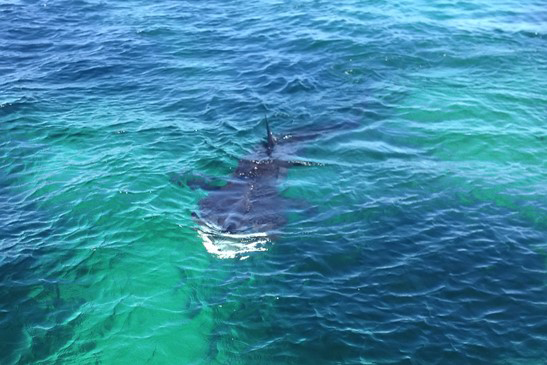 The basking shark is the second largest fish in the world and is common in the Southern Hebrides during summer as they migrate from warm...
READ POST 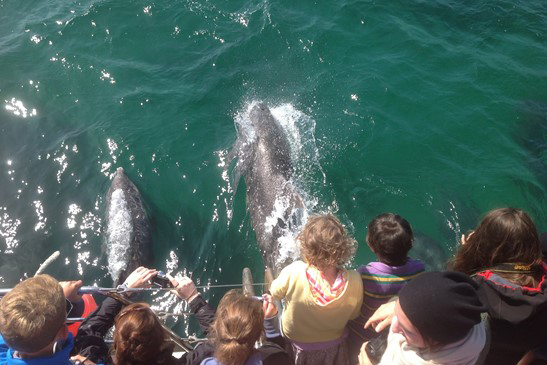 The waters around Mull, Staffa and Iona are home to a few species of dolphin and porpoise. Species that we see regularly are common dolphin, bottlenose dolphin and harbour porpoise....
READ POST
© 2023 Staffa Tours All rights Reserved | Privacy Policy | FAQ | Designed and developed by Made in Scotland.