Puffins are without a doubt the star attraction of any of our wildlife boat tours. Although there are puffins on the Isle of Staffa, the Treshnish Isles is home to huge numbers of puffins during the breeding season and visitors can get incredibly close to these inquisitive birds.

During the spring and summer months the comical Atlantic Puffins come ashore from the open ocean to Staffa and the Treshnish Isles to breed and we get a good chance on our shore visits to get close to these amazing little birds as well as see them diving into the water and return with a mouthful of sand eels.

Almost one million puffins flock from the Atlantic during March and April and make their homes in burrows and rocky nooks and crannies on the coastline and islands. They soon lay their eggs (one per breeding pair) and go fishing for sand eels for when their chicks are born, then they head back out to open waters in early August followed by their fledglings soon after. Not many people know that the puffins only have their distinctive colourful bills during the breeding season and are used in courtship rituals.

Watch the video below to see just how close you can get!

Scotland’s largest colonies of puffins reside on the Isle of St Kilda and the Shiants, a small group of islands a few miles off the coast of Lewis. However, there are also large puffin colonies on the Treshnish Isles and the Isle of Staffa.  One of the highlights of any Staffa Tours boat trip is stopping off to pay them a visit. The birds are very approachable and seem quite content to let visitors get very close.

Want to know more? Read Amazing Facts about Puffins to learn some quirky facts about puffins! 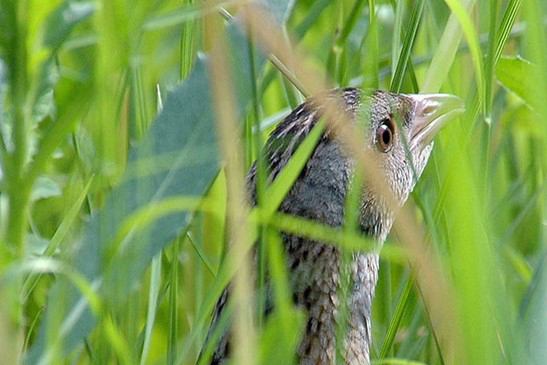 The corncrake or landrail is one of Britain’s most endangered birds. The Isle of Iona is one of the best places in Scotland to see...
READ POST 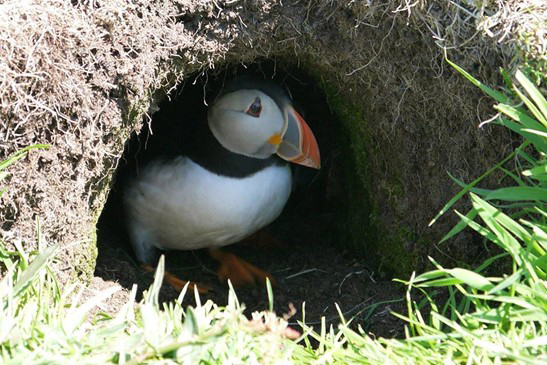 Wildlife is something we’re passionate about at Staffa Tours and we’re always looking for new ways to make the most out of the unique and...
READ POST
© 2023 Staffa Tours All rights Reserved | Privacy Policy | FAQ | Designed and developed by Made in Scotland.